I trust, that Google will soon store this pdf document too. It is then possible to search Google with appropriate keywords and getting it translated in the language you like. 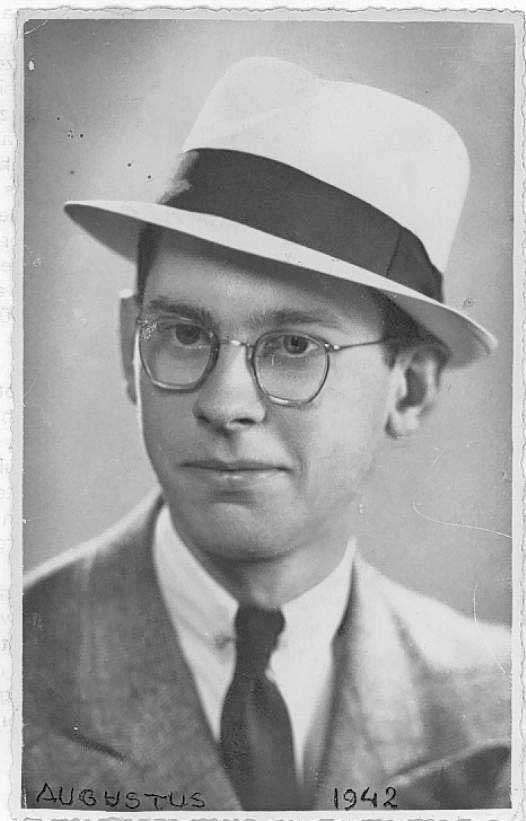 Johan Krediet wrote this wartime recollection in 1995 and it was particularly meant for his children. His second aim was, to be released from the continuous strain of his wartime memories.

In my opinion this story is extraordinary. As is tells about his personal experience, which differs very much from that what is heard or told on these "Dark days". He worked already for quite a long time at the Argus-Motorenwerke in Berlin-Reinickendorf, before he saw from a toilet window, for the first time, the obscene mistreatment of a KZ-inmate (KZ = concentration camp). He was very upset what he encountered, but was advised by a German colleague to keep his mouth, for the sake he otherwise would have been in great danger. However, it indicate, that the KZ-involvement in German Industry was only one side of the story. There was a rather 'normal' daily live going on in and around Berlin. Even until the bitter end of the war. Had he not looked to outside from the loo window, he might not have known of what occurred in the same area where he lived and worked.

After Johan was upgraded and was working in one of the three drawing rooms, he was regarded being, what the Germans called: an "Angestellter". He could now live outside the Argus factory camp and was free to move in the entire "Gross-Berlin" area (he was also entitled to entre the main gate of the premises). He went to concerts and opera performances, visited museums and other places. By pure co-incident his cousin lived in Potsdam (who arrived there earlier, and who was put to work in a cartoon film studio). In his free time he even rented a room in the same house where his cousin Jo lived (Frau Fröhlich). At the same time, he also rented a nice room in the centre of Berlin (Mr and Mrs Bohne).

During our recent Berlin visit in May 2011, I decided to visit the place where Johan Krediet lived for a while 1943 up to early 1945. From his description the living place of Family Bohe (Böhne?) survived the war with minor damage, neglecting some broken glass windows. 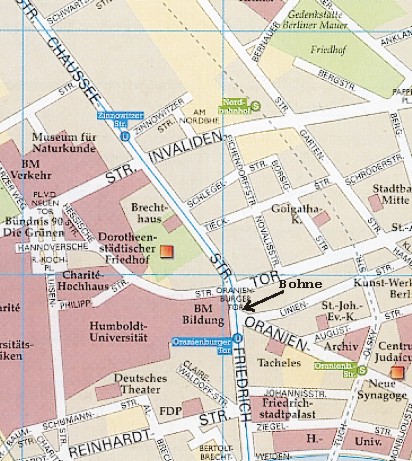 Friedrich Straße is an important street. We are looking at its most northern point where it changes into Chaussee Straße. Further to the south it crosses first Bahnhof Friedrich Straße (train and S-Bahn station) and further down, just where Koch Str. is crossing, was famous US "Checkpoint Charly" situated. The latter being still a vivid tourist attraction.

Excerpt of the Telephone book for greater Berlin of 1941

Mr Bohne worked at Staff level in the Post Office N 3 (Paketpostamt) situated in the Oranienburger Strasse 70, which actually was around the corner of Mr. Bohme's apartment

These kinds of original sources is sometimes helpful in retrieving facts.

Back to, or proceed with: Handbook papers and product information