A few days ago, Klaas Robers mentioned the name of Ir. Numans, a very creative and inventive  personality; who sadly died during the cause of the war in a concentration camp.

He was working first at Philips and was heavily engaged in building transmitters. Among it, the so-called PHOHI transmitter which passed Dutch broadcast to former Dutch Indies for recording or instant retransmission. This endeavour was a competition against the Dutch PTT as well as the Dutch-Indies colonial PTT.

In the last part of the 1930 he apparently left Philips and started up his: 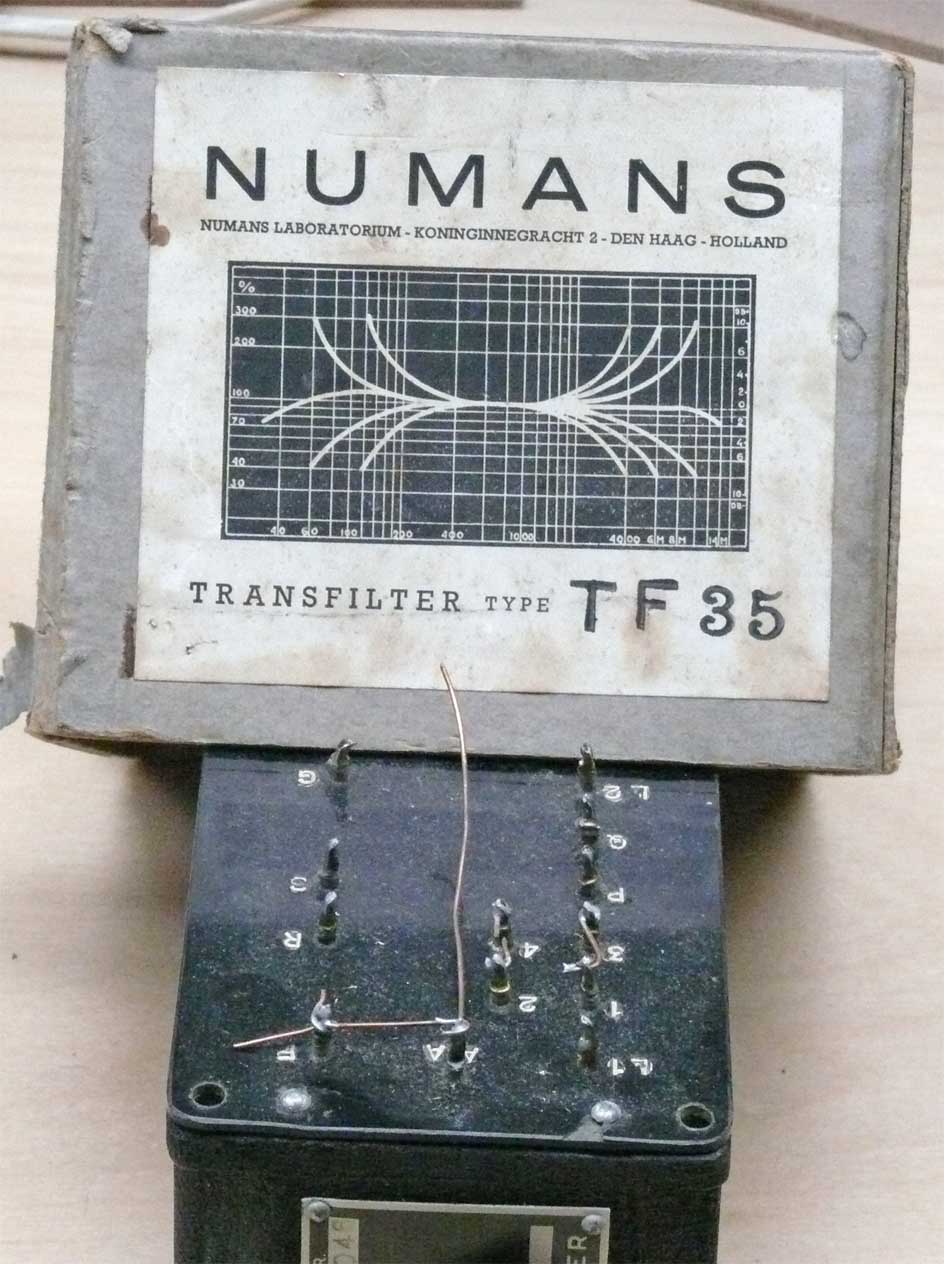 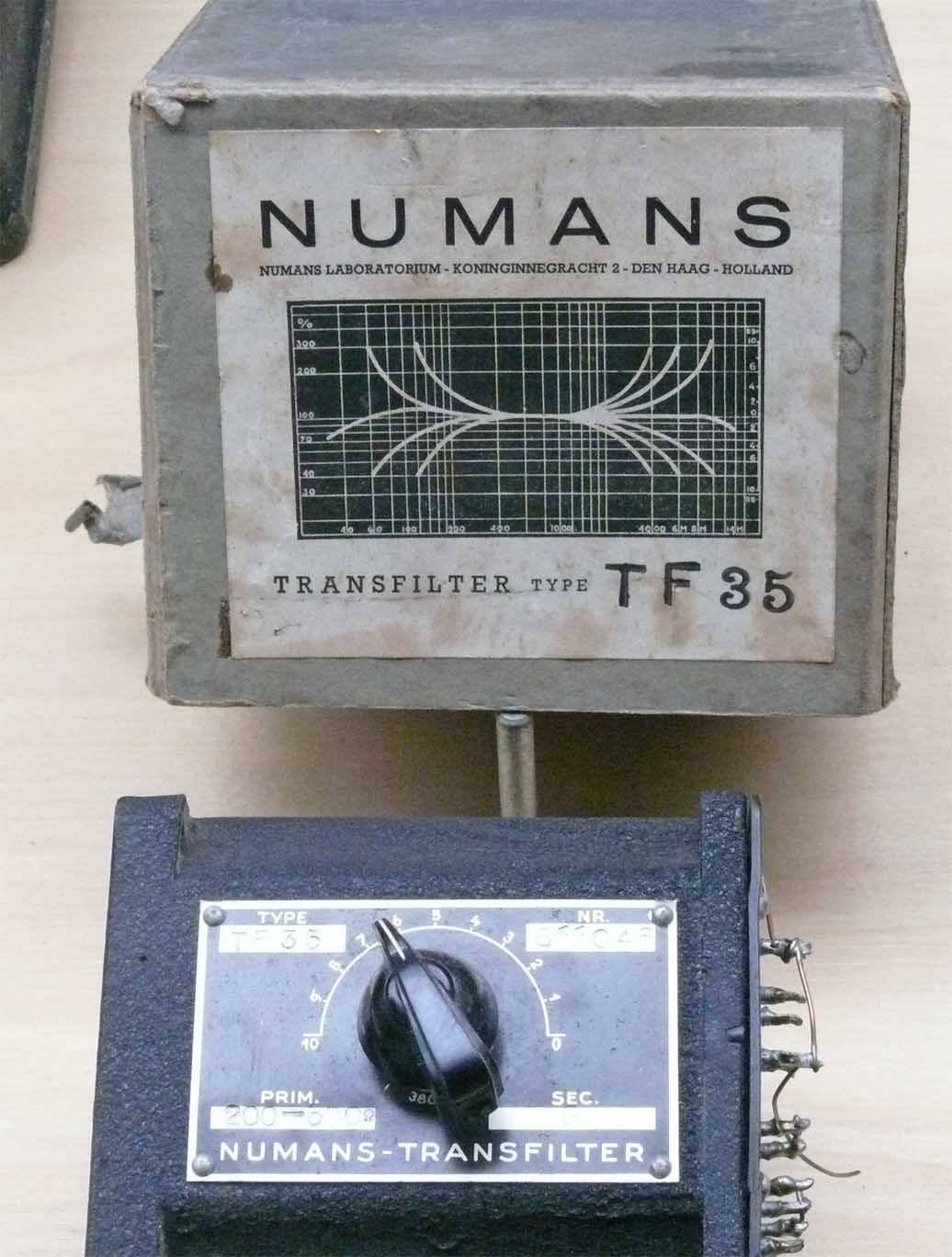 The filter characteristic can be set by means of the knob 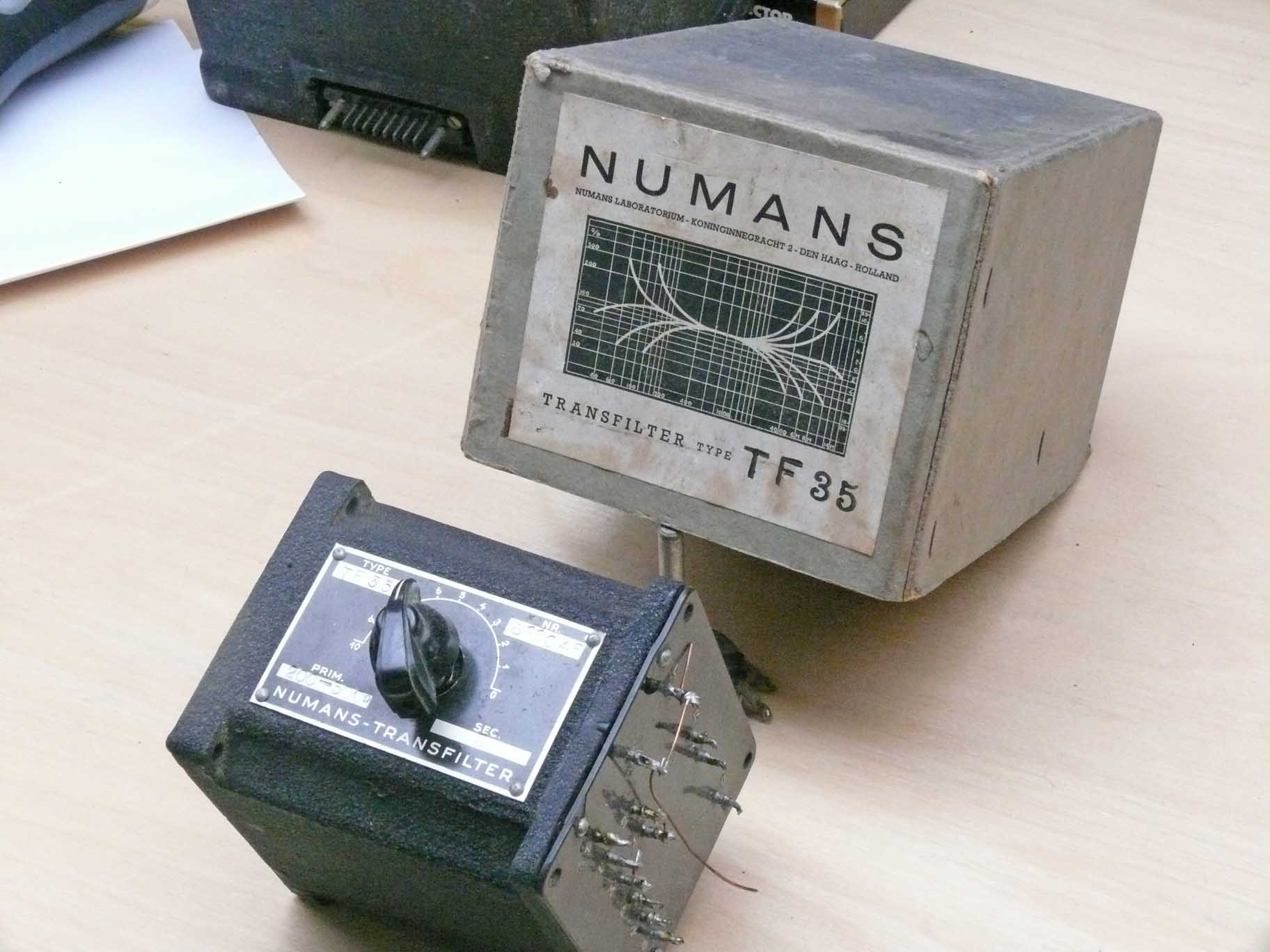 In the instruction leaflet is visible that different type of potentiometers should be used. Not visible, but the box contains also three of these. All of the same construction, thus likely genuine